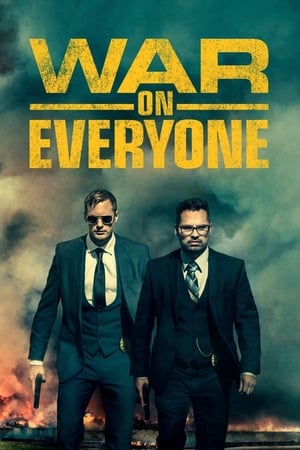 We've determined War on Everyone is NOT SAFE to watch with parents or kids.


Where to Stream War on Everyone

DO NOT WATCH WITH YOUR PARENTS!!
But good movie overall, very vulgar and obscene, cops fighting evil villains in unethical manners.
This is no cinematographic masterpiece, but you’ll enjoy watching it nonetheless.

* 46.7% of CringeMDB users flagged the content of War on Everyone as being inappropriate for children to watch with their parents because of either of a nude scene, a sex scene, or a scene depicting rape or sexual violence.